You Have NO Representation

If you do not act you have no representation. 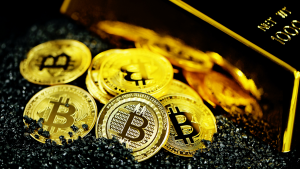 Our legal team has highlighted the article on Moneyweb*, stating that it is a reasonably accurate presentation of the known facts. This highlights the disadvantage/ dilemma of the smaller investor. It also demonstrates that the greater majority of investors have no voice at all.

Notes from the Article: https://www.moneyweb.co.za/news/companies-and-deals/two-nil-in-high-court-against-mti-liquidators/?www_getaquid_com

Varsha, we are doing everything in our power to keep the costs as low as possible.
Your membership is not only in your own interest to safeguard your investment but also to help the legal team speak with more Authority.
Thanks for your response.

How ligit is this notice? I have had communication from MTI communication action with the same concerns. What worries me is the fact that we have to join and then committ to a monthly fee according to your investment!
Before any response from my side, I would like to view comments from other investors.

Riana,
The thing is the investors can sit on the sideline without representation and then simply accept what happens as has been the case up until now.
GetaQuid and the legal team currently trying to protect your assets does need your support. The Getaquid team are only going to be able to do this properly if the investors support them adequately.
A class action by the NEI investors is the best way to ensure you have representation as an investor.

I was under the impression that we are already protected based on the recent communications received and the claims that had to be submitted before certain deadlines.

When C Marks opposed the application we were advised that that action was in our favour, now to be told something different.

Maher Edwards asked a question to which we need answers prior to doing anything.

What is the difference between “getaquid.com” and “Action Recovery” on Telegram? This group has representation in the form of Adv Henry Stelzer. Please wxplain the difference. Very confusing.

We were told not too join anything like this because there are scams and who are you exactly and what are our rights and how are we protected anyone can just offer this havnt we been scammed enough with it being done professional and under regulation and authority to protect us investors , we lost enough already thanks??

I will be happy to commit to the monthly fee to get a result, on the proviso that if/when we win this case, that we are refunded our contributions from the settlement amount. Getaquid should be able to justify costs against the liquidation and be refunded for the costs incurred. Funding from investors should be refunded. Can Getaquid confirm this?

This site uses Akismet to reduce spam. Learn how your comment data is processed.

MTI Back Office Error – How To Correct It

Interim Payment – Action Needed Urgently Require Your Participation To Submit and Correct Your MTI Claim. In this past week, we have had a primary meeting with the liquidators to discuss and prepare for procedures Read more…