Shattering attack on the liquidators at the creditors meeting.

This could be a watershed moment for the Investors (Creditors) of MTI.

We have our foot in the door. Now we need to press home.

The Master supported our plea at the meeting.

I would suggest if you wish to watch the whole thing set the speed to 1.5.

Below are the highlights:

22:03 - Advocate H van Staden put on record that the liquidators must be held responsible,

51:50 - Chris Kriel from www.getaquid.com goes on record to query the inadequacy of the liquidators and to plea on behalf of the Investors who have not been listed as creditors

This is a complete Video of the complete Second Creditors meeting. The Master of the Court made shattering comments and gave instructions in favour of the investors. 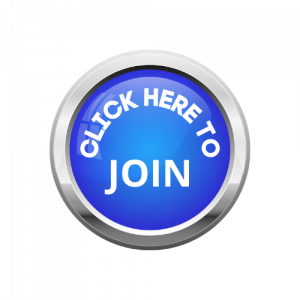 Detailed Legal Analysis of the Video.

Critically Important Sections in this complete record of the MTI Liquidation - Second meeting of the creditors: (timeStamp on the Video - you can go straight there by just clicking on the link below.)

33:15 - The Master emphasized that the matter should be treated with the respect it deserves. A lot of people lost money. He is holding the liquidators accountable for their actions.

38:00 - Advocate van Staden put on record; "liquidators must be held responsible to act in the best interest of the investors,"

51:50 - Chris Kriel from www.getaquid.com goes on record to query the inadequacy of the liquidators and to plea on behalf of the Investors who have not been listed as creditors. He reiterates what the Master had said, calling on the Liquidators to set a burden of proof for the investors' claims.

1:09:00 - Chris Kriel from GetaQuid.com working closely with Adv Hendrik van Staden, representing the investors, wants this matter moved forward in the interest of the Investors.

1:10:00 - The Master of the High court confirmed that a single voice speaking for the investors would be good.

GetaQuid is in negotiation with a liquidator to attend a Webinar so that we can discuss the points raised at the second creditors meeting.

The Webinar at the moment is scheduled for Tuesday evening 8 February 2022 at 07:30 pm Jhb time.

You are invited to a Zoom webinar.
When: Feb 8, 2022 05:30 PM London
Topic: MTI Recovery - Discussion of Second Creditors Meeting

Register in advance for this webinar:
https://us06web.zoom.us/webinar/register/WN_xDLWAEeqRM-qe7S6DudpQA

After registering, you will receive a confirmation email containing information about joining the webinar.

Please also let us know any specific questions that may arise from having watched the video of the second meeting of creditors.

How can we Help

Simply tell us what is on your mind or how we can help you?
Categories: MTI - Recovering your Investment

This site uses Akismet to reduce spam. Learn how your comment data is processed.

Topic: MTI Claims Update – Webinar – Court Case – Feedback Webinar set for Monday evening. This is an update on where we are in the current ongoing court case and on procedure revisions that Read more…

MTI Back Office Error – How To Correct It

Interim Payment – Action Needed Urgently Require Your Participation To Submit and Correct Your MTI Claim. In this past week, we have had a primary meeting with the liquidators to discuss and prepare for procedures Read more…